After arriving in Saigon, we spent a couple of days with the family to say hi to everyone before hitting the road. Our flight to Dalat was unfortunately at 6.25 in the morning on our fourth day there, which made our efforts in getting over jetlag become wasted. With red-shot eyes we arrived at the airport only to find outselves in front of a long waiting queue at about our boarding time. Long story short, we could have made it easily on the plane if it weren’t for the jackfuits in our hand luggages, which I persistently did not want to give up* (I’ve waited the whole year to be able to get a hold of some fresh, nicely peeled ones and you want me to throw them in the trash?! Are you serious?!) (Well, you get the picture…). Trying to save the day, J took them to the luggage counter trying to check them in, but it was too late and they were already closed. The clock was ticking and just when I thought we were going to miss our flight, J came back just in time for us to jump on our plane.

The moral of the story is, no jackfruits or durian in hand luggages because many passengers can’t stand their odours (I will never understand this but it’s not my rule to make). But the best part that left J really satisfied was the Vietnam airlines’ customer services. He simply explained to one of the staffs what the problem was.  She then went with him to the check-in counter and eventually help him cut the line to come back and pass security just in time, saving us all the troubles of waiting for the next flight. I told him he had the “foreigner benefit” but he wouldn’t believe me ;-).

Dalat probably has the best climate in Southern Vietnam due to its high attitude, about 1500m above the sea level. The weather is cool all year-round, very refreshing especially in the summer months when it’s hot and humid everywhere else. Therefore, it used to be a popular vacation destination among the French during the colonial times. Many of the city’s villas, boulevards, gold course, parks and buildings are dated back to this time. The City is also the country’s biggest supplier for temperate agricultural products like vegetables, fruits and cut-flowers while the highlands around Dalat is famous for its coffee and tee production.

Knowing its magnificent scenery, we had great plans for Dalat but got caught of guard by the very rainy weather, typical for the highlands at year-end. It rained everyday we were there (except for the last day of course, just our luck). We tried our best but didn’t manage to see much, not even one of its many waterfalls or flower gardesns. What’s the point by the cold rain, right? We ended up leaving our hotel only for foods, massages and coffee, which, when you think of it, isn’t so bad of an idea for vacation. The foods in Dalat are possible the third best in Vietnam, after Saigon and Hoi An. You can never go wrong. If you see something tasty, you should try it and chances are, it’s the best you’ve had in months. The night market is fun, but only offers average foods at best, though it’s the best place to buy dried fruits to take home. What we usually do wherever we go is asking around for some local favorites. You can of course google it, but you’d most probably find only tourists’ favorite places. So we asked around, and checked every place out ;-). 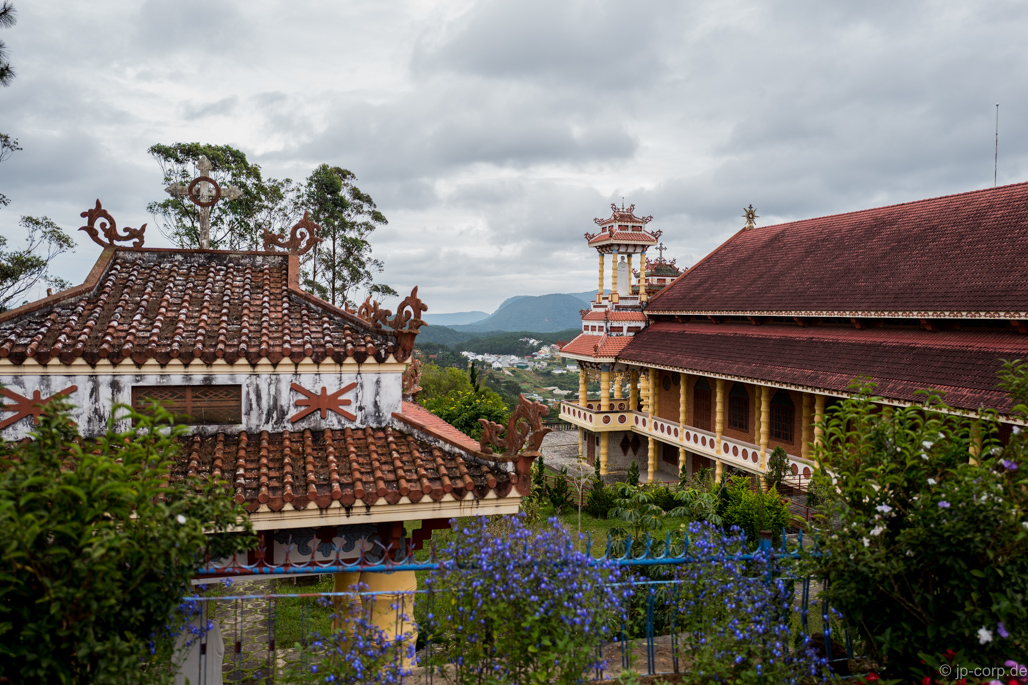