Last stop of our three-week journey along the East Coast of South Africa is Johannesburg, or Jo’burg as called by the locals. The whole trip has been a long drive for J, ~3.500km in total with one accident (my fault by the way) on the way back to Jo’burg that caused pretty serious damage to our poor Toyota Hilux, had to give that car some credit for bringing us back to our hotel anyway even though past mid-night. Despite this little incident, it has been a very fun drive at the same time. We’ve seen a lot and experienced a great deal. Three weeks went by so fast you don’t even notice time fly.

We spent the our last three nights at the Thaba Ya Batswana Eco Hotel & Spa. I chose this while looking for some alternatives far away from the crowded city, but it turned out to be even more than what we hope it would be (nice resort with a decent spa). It is located in the middle of the Klipriviersberg Municipal Nature Reserve and has a Lion Center on its site, which is a nice surprise and definitely the finishing touch that made this trip perfect.

On Saturday, we spent a few hours exploring downtown Jo’burg. We were warned not to take any valuables with us so we left our camera in our hotel room being prepared for some danger-fighting experience. As it turned out, we were being way too careful. With no business going on like on weekdays, we were literally the only non-blacks in the whole city, but in no way we felt any “threatened” or intimidated, rather a little amused. We passed by a butchery where lots of locals gather to eat the foods they just bought inside on some kind of banks and plastic chairs on the side walk and decided to do the same. The shop is huge, at first I thought it was some kind of butcher’s shop offering some light meals, until we saw some of the staffs coming out of the back door pushing shopping carts (yes, the same ones you use at supermarket) full of cow heads still dripping fresh blood on all over the floor to some trucks waiting outside, we realized they even slaughter the animals on site. The foods is very typical of South Africa, lots of meat cooked in piri source. Not the best we had on our trip, but the experience is authentic and fun.

But the funniest happened on that Saturday was at the farmer market near the main town square. An old African grand-ma owning a vegetables stand stopped us and tried to talked us into buying something “very special”. She then presented us with two bottle of very colorful liquids (I believed they were pink and blue) which were supposed to make miracles happen in the bed room… Don’t think we need them though ;-)).

So what is the purpose of a Lion Center in a country like South Africa? No, they do not hold lion cubs as a tourist attraction. Rather, they nurse the little ones that are abandoned by their mothers in the wilderness until these babies are old enough (around 6-month-old) to be brought back to their pride and survive on their own. Why? Because wild life is tough. Lion mothers give birth several times to several cubs at the same time a year and often choose to feed/take care of only the strongest ones, for them having the biggest chance of surviving until their adulthood. Hence, the weaker ones are often left starved to death (Lions do not feed other lion’s babies like other animals). This is when these Lion Centers come in handy. The one we visited here was only a representative center, the locations of the real big centers are indeed kept secret to avoid poaching. All in all, they really do a great job of nursing these adorable babies and give them a nice home to kind of grow up in. When you’re there, you can really see with how much love and care these lion cubs are treated. But be careful, lions are wild animals after all, they cannot be tamed. They have a remarkably small brain which does not give them the capacity to “learn” stuffs like dogs or a few other animals do, their strongest talent is hence their hunting instinct. We were warned not to “move” too fast around them or they’ll chase us down and bite off our fingers in an instant despite being just a couple weeks old. So be careful!

Personally I think lion cubs are just about the most adorable animal I’ve ever come in contact with. We went to “play” with them twice during the three days we’re here. It’s impossible NOT to want to kidnap one home ;-). 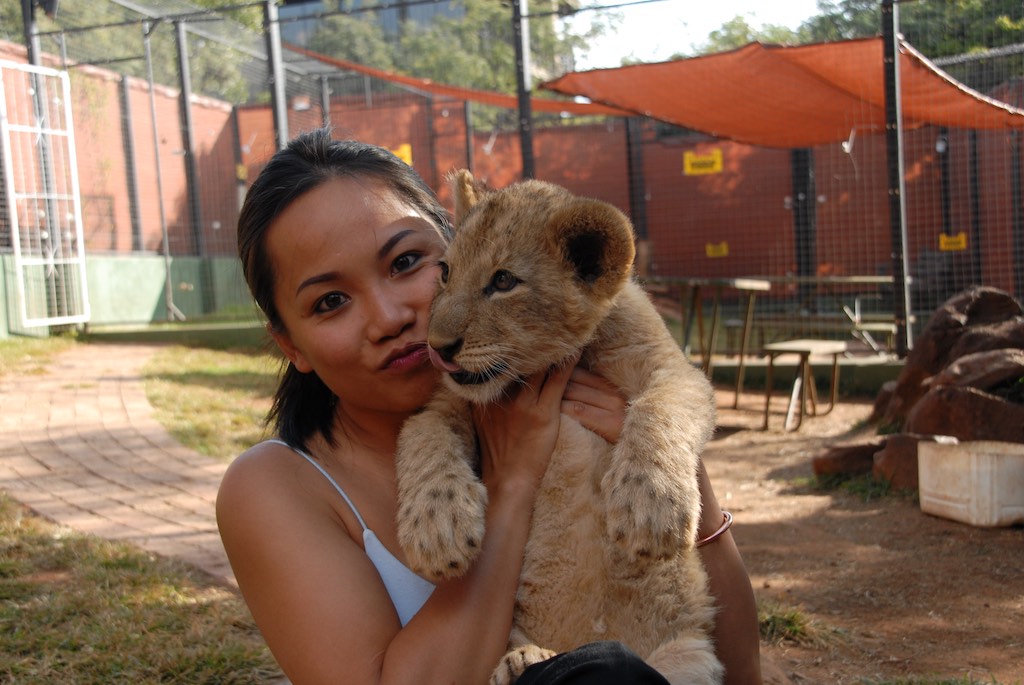 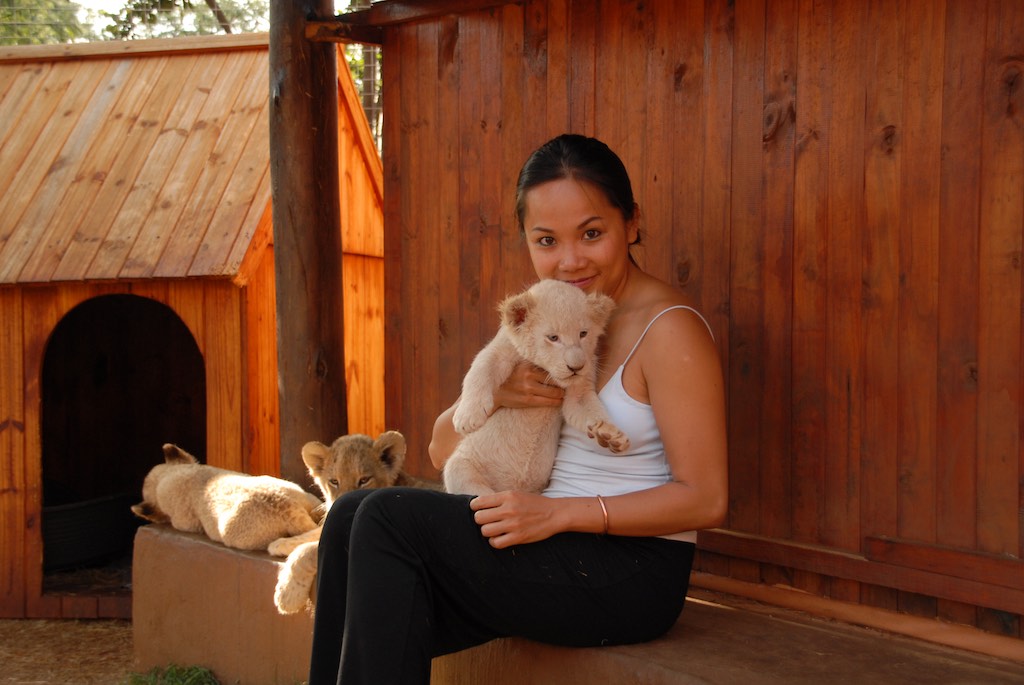 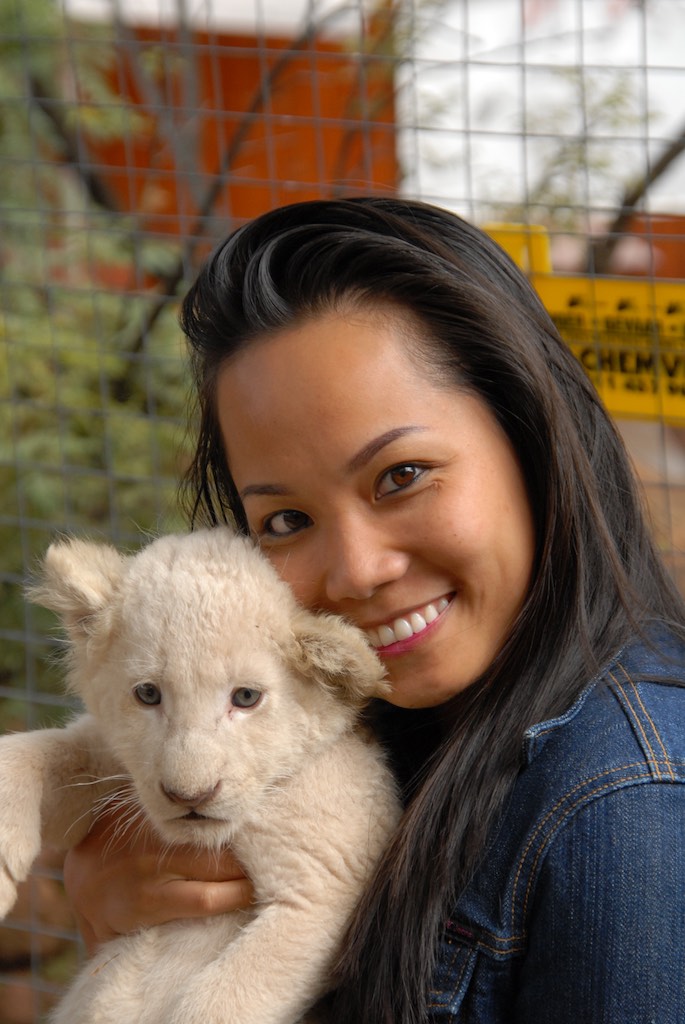 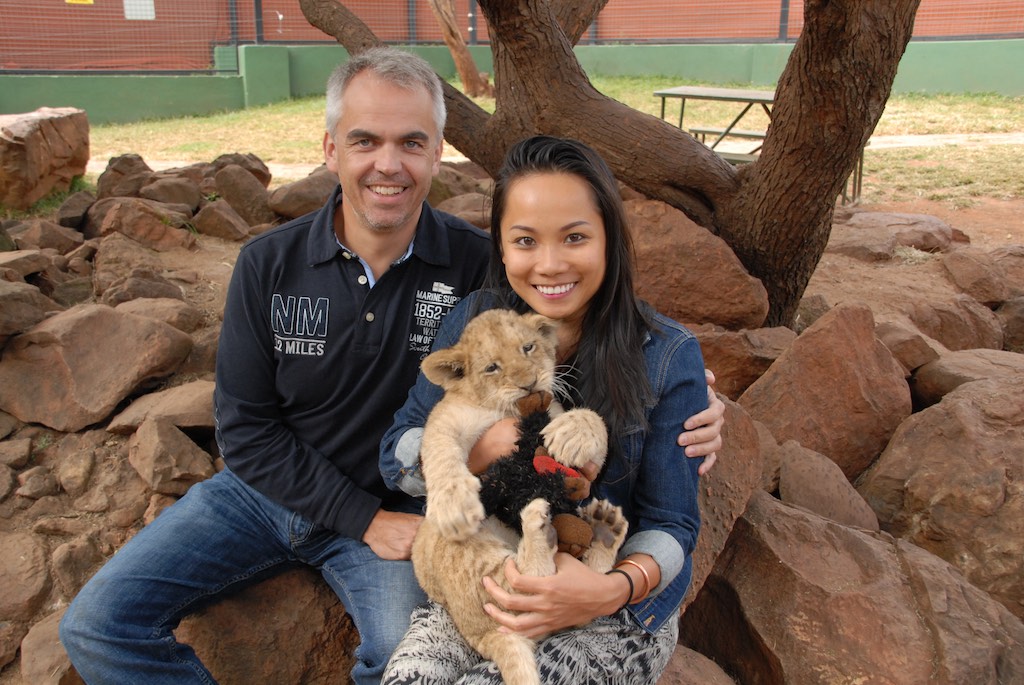 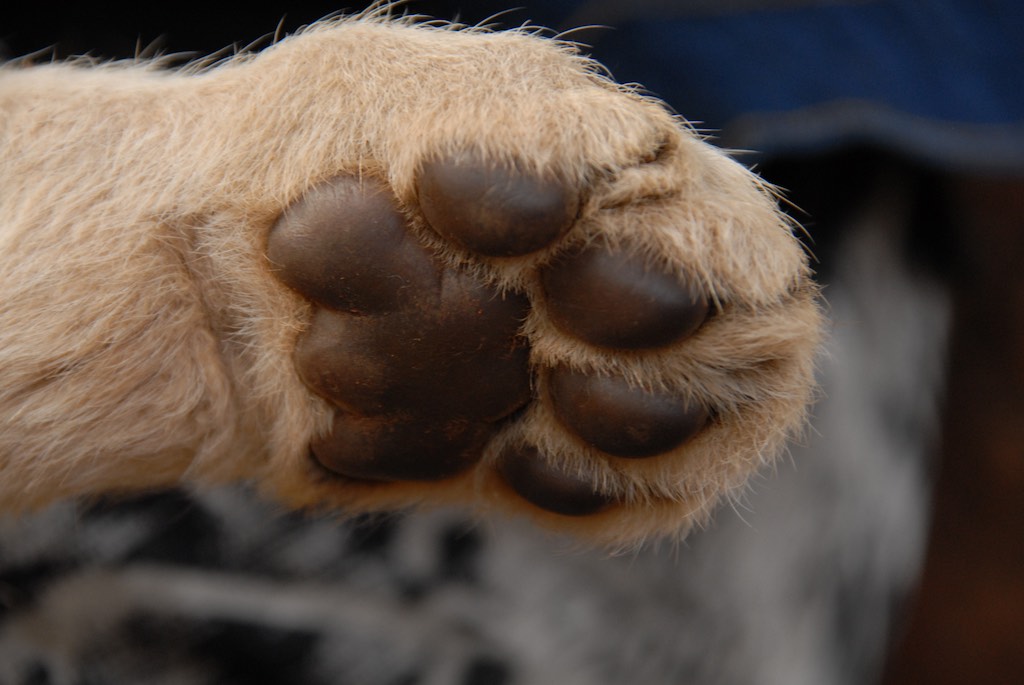 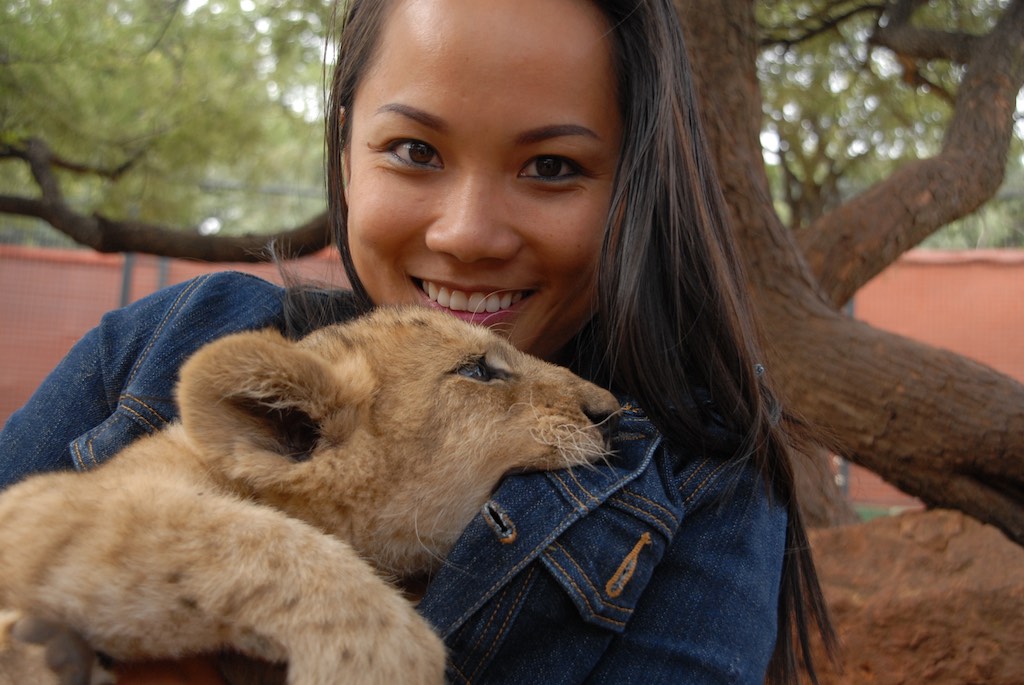 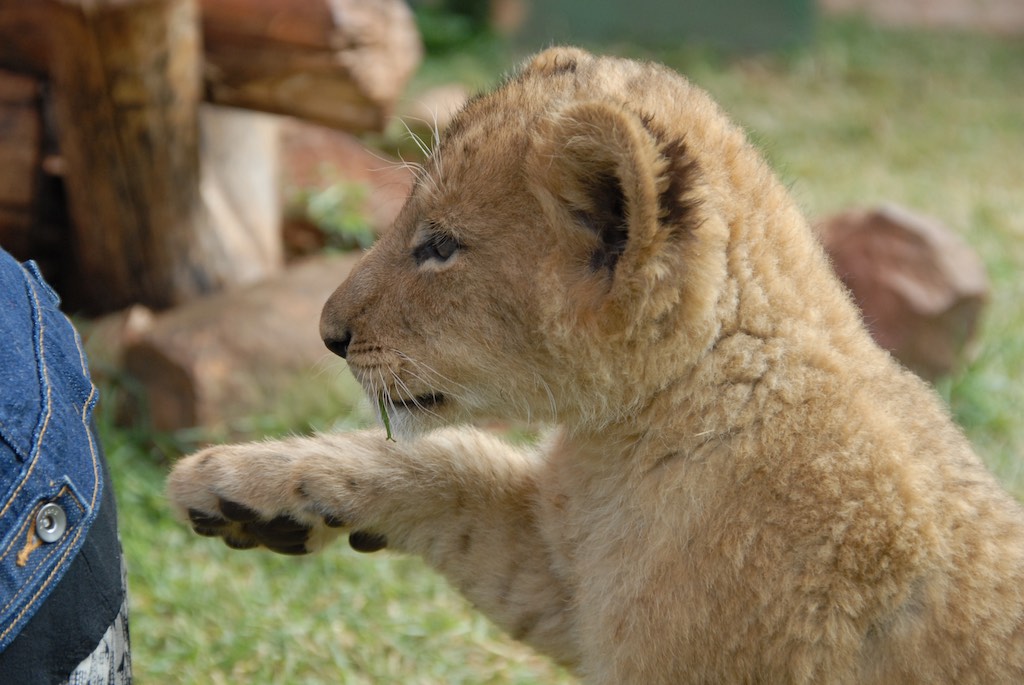 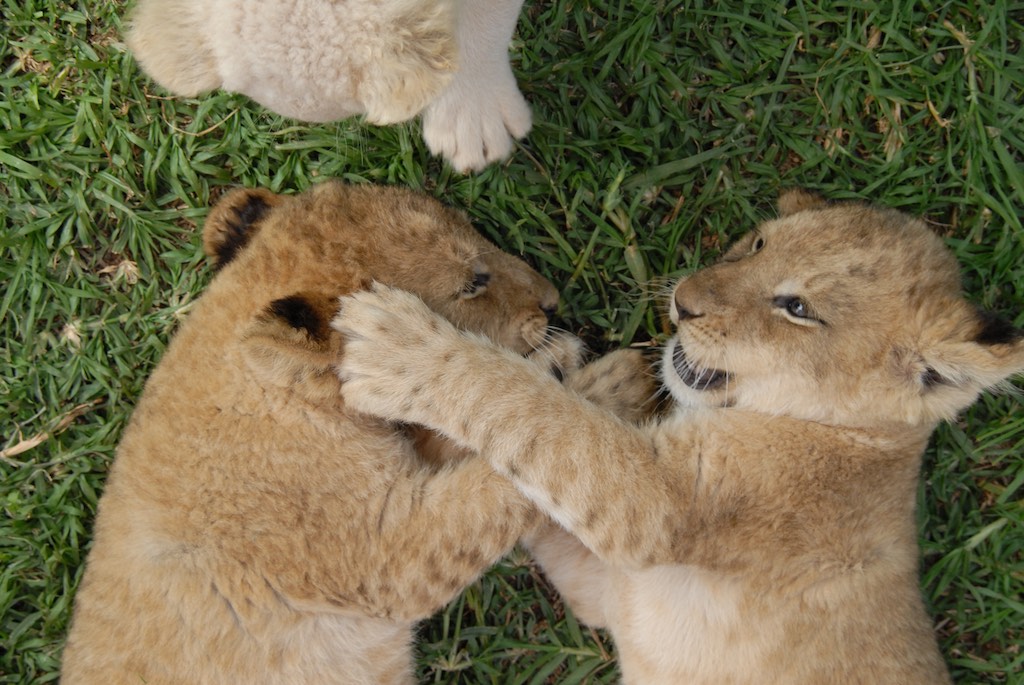 And finally here’s the map of our road trip: 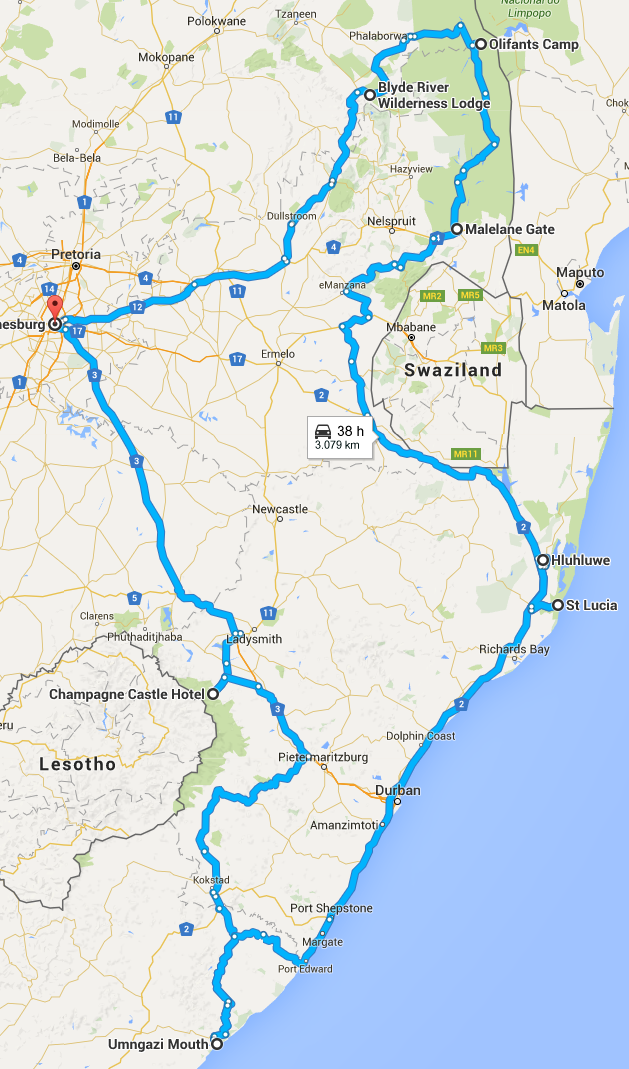 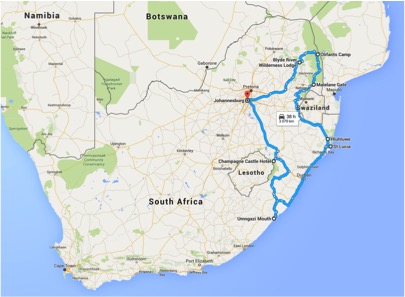